He was shocked by the number of innocent people being accused of horrific sex crimes, including child molestation, rape, and possession of child pornography.

These were highly respected people who were having their lives utterly ruined by false claims or misconstrued situations. The motives and specifics varied from claims to gain leverage in a divorce to lies told out of spite or for revenge, but in all of these cases, proving that the allegations were, in fact, false was not easy.

After exonerating a string of clients accused of some very serious charges, Bernard thought he could do more. He spent the next decade immersing himself in the practice of defending sex offense allegations. This led him to develop a comprehensive understanding of how these false allegations are made and, more importantly, how to prove it.

Bernard has spent a great deal of time studying how false memories are formed in children, how children can be influenced by adults, and under what circumstances that can occur. He has learned how to identify what he calls “the ingredients of a false allegation” and how to educate the police and prosecutors when these signs are present in his cases.

James established his firm with one principal in mind, to recover the most potential out of each and every case and establishing Haug Law Group as one of the best trial firms in the state. Every day each member of Haug Law Group strives to attain this goal while providing the most communicative and open firm. Our clients are treated as family and due to our attorney centric approach to every case, our clients always have access to their attorneys. While our staff is impeccably trained to provide the top quality communication and service, at no time is a case passed off to staff members. We prepare every case as if it is going to trial. While the majority of cases do settle before verdict, by out working and preparing our cases we ensure that we are recovering the most. We will not be out spent or out worked. Our results speak for themselves. 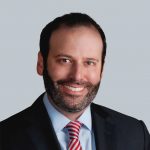